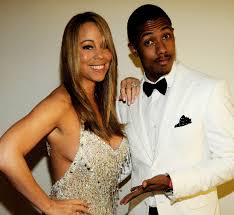 Beautiful songbird,Mariah Carey,finally comes clean about her impending motherhood. Yep,she’s pregnant & glowing. She hasn’t confirmed how far along she is or what the baby’s gender is. But, rumor has it that she’s four months along with a baby boy.

She looks lovelier than ever. What a lucky chap Nick Cannon is!

I first heard of Rachel Zoe when she was styling Lindsay Lohan. There was speculation that she was introducing the young starlet to an unhealthy lifestyle of extreme dieting. A lot of folks believe that Rachel Zoe has an eating disorder. Here’s more on that from CelebWarship:

“Rachel Zoe shocked onlookers at the Cracked Xmas Fundraiser in Los Angeles on Sunday with her protruding ribcage and sunken face. The 37 year old celebrity stylist recently admitted she sometimes thinks she’s too thin, but has no plans to take care of herself.

“We’ve had Audrey Hepburn, we’ve had Twiggy, we’ve had Veruschka, we’ve had Kate Moss,” she said. “I’m trying to figure out why I am to blame for skinniness.

“Truthfully, I’ve never seen myself as being too thin,” she added. “Sometimes I’ll look at photos and be like, ‘Oh, that’s not a good look. ‘But generally speaking, I’m not too thin.” (Read more here.)

Sorry to disagree with you,Rachel. People cannot help but notice just how skeletal you look. It’s beyond being “too thin.” Hopefully, you will get cravings that will force you to eat. Because even though she seems to have an aversion to food,her pregnancy will change that.

At least,I hope it does.No one should try to emulate her body-wise. She is a great fashionista. But,Rachel Zoe is not someone I would take nutritional advice from.